Hillsboro Community School District #3 fosters a student-centered culture with high expectations for each student to reach his or her full potential. 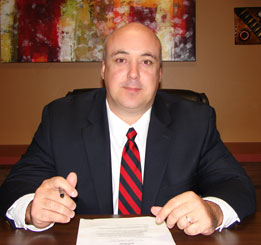 Grew up in Hillsboro, IL
After graduating from  Greenville College, taught math at Vandalia HS before coming to Hillsboro in 1993.
Taught and coached at HHS for nine years before becoming an administrator
2002-2005 JH Assistant Principal
2005-2009 JH Principal
Hired as District Superintendent in 2009

Married to wife Kelly and has two daughters